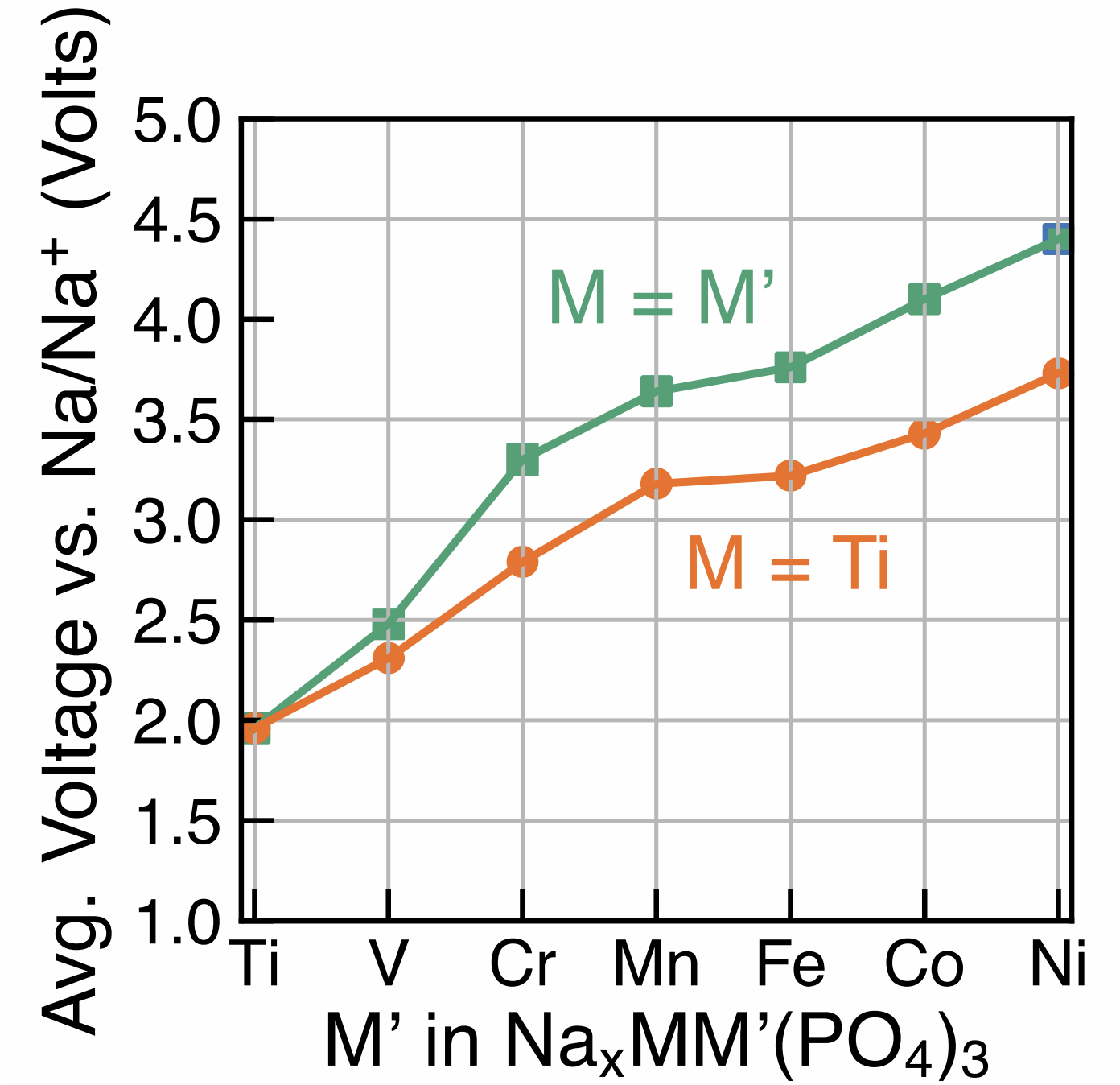 Na-ion batteries are promising devices for smart grids and electric vehicles due to cost effectiveness arising from the overall abundance of sodium (Na) and its even geographical distribution. Among other factors, the energy density of Na-ion batteries is limited by the positive electrode chemistry. NaSICON-based positive electrode materials are known for their wide range of electrochemical potentials, high ionic conductivity, and most importantly their structural and thermal stabilities. Using first- principles calculations, we chart the chemical space of 3d transition metal-based NaSICON phosphates of formula NaxMM’(PO4)3 (with M and M’= Ti, V, Cr, Mn, Fe, Co and Ni), to analyze their thermodynamic stabilities and the intercalation voltages for Na+ ions. Specifically, we computed the Na insertion voltages and related properties of 28 distinct NaSICON compositions. We investigated the thermodynamic stability of Na-intercalation in previously unreported NaxMn2(PO4)3 and NaxVCo(PO4)3. The calculated quaternary phase diagrams of the Na-P-O-Co and Na-P-O-Ni chemical systems explain the origin of the suspected instability of Ni and Co-based NaSICON compositions. From our analysis, we are also able to rationalize anomalies in previously reported experimental data in this diverse and important chemical space.